It is the season when many people ingest our fungal friends – beyond a fun time – what are the benefits? 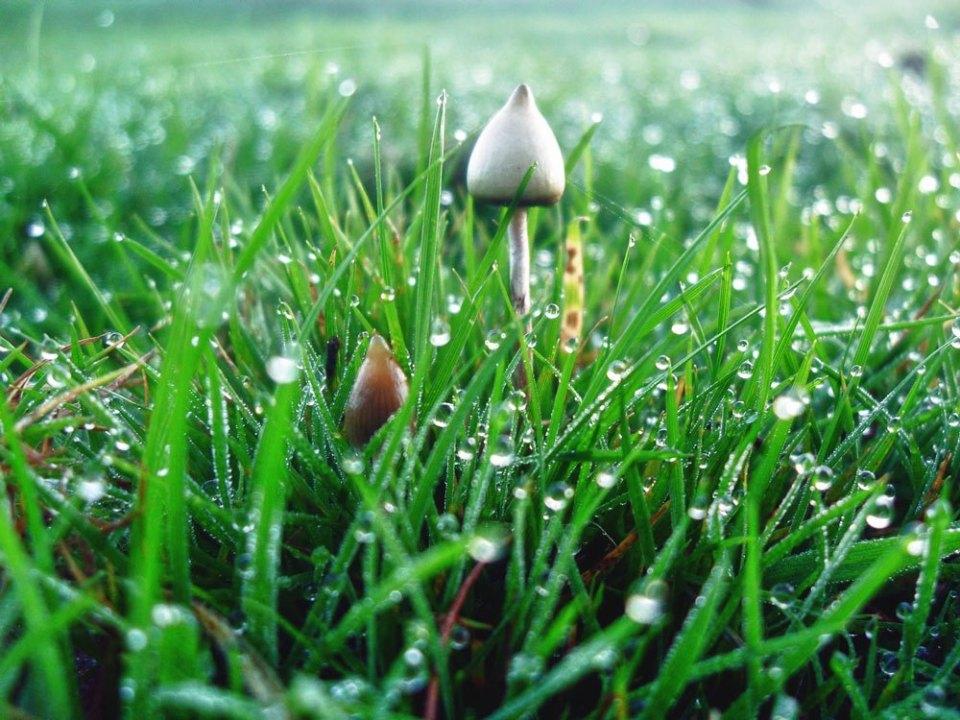 As autumn turns to winter, this is the season when many enthusiasts head to wilder parts of the country and spend hours walking methodically around looking at the ground. The object of their desire is the mysterious little fellows we call the Liberty Cap – the UK’s indigenous hallucinogen.

Magic mushrooms are found all over the world and almost every culture has a historic, sacred relationship with these important medicines. For example, there is evidence in the form of stone paintings that Saharan aboriginal tribes of North Africa might have been using mushrooms from around 9000 BC.

Today in the UK the magic mushroom foraging season has increased due to climate change from about 33 days of autumn fruiting to more than 70. Prof Lynne Boddy, a fungal ecologist says –

“Climate change has had a dramatic effect on the fruiting season, every year the start and end of the season is dependent on the weather, and we can see that up until the late 1970s it was largely consistent. However, on average, the first fruiting date now comes much earlier in the year than previously, while the last fruiting comes later.”

Some people forage them simply for the pleasurable effects of euphoria induced following consumption. For others, they use the fungus as a means to gain spiritual insights and new knowledge. Interestingly, anecdotal tales of the benefits of eating magic mushrooms is now being supported and extended by new scientific research.

It turns out the witches, druids, pagans and hippies were right – eating magic mushrooms is good for you… here’s why –

4. Increase of “openness” and other beneficial shifts in personality

Humans our born open and full of love – eager to: connect, learn and grow as sentient beings. Over the course of our lives, experiences that may cause suffering close us down. Obvious examples include when we get our heart broken – we may be less open to future romantic encounters. People who have a series of negative events associated with aspects of their lives can close down to the detriment of future experiences.

Clearly where this learning protects us, it is useful, but in many cases we may close down more than we need to and we limit our life potential by shutting out new experiences and opportunities. In these cases psilocybin can help.

In a 2011 study, researchers found “significant increases in Openness following a high-dose psilocybin session.” Openness is a psychological term for someone’s attitude toward new experiences, and is associated with traits like imagination, creativity and aesthetic appreciation. Not only did openness generally rise during a psilocybin session, but in nearly 60 percent of study participants, it remained significantly higher than baseline for more than 1 year after the session.

3. Smoking cessation and other addictions

If you are caught up with unhealthy patterns in your life psychedelics can help. Magic mushrooms have been shown to help treat addiction to habit-forming drugs like cocaine and nicotine.

In 2008, Amanda Feilding of The Beckley Foundation initiated a collaboration with Johns Hopkins University on a pilot study investigating psilocybin-assisted psychotherapy to overcome nicotine addiction. With continued support from the Heffter Research Institute, the ongoing research is strengthening the case for psilocybin as a breakthrough treatment for substance abuse disorders.

Psilocybin, the active ingredient in psychoactive mushrooms, has provided the spiritual and cultural bedrock of many great civilisations. The Aztecs referred to teonanácatl, which translates as ‘divine mushroom’, and modern neuroscience has revealed how psilocybin interacts with serotonin receptors in the brain in order to produce a range of consciousness-altering effects.

New research demonstrates how effective magic mushrooms can be at treating depression. In some cases, one dose can be enough to alleviate the symptoms permanently.

The man who comes back through the Door in the Wall will never be quite the same as the man who went out. He will be wiser but less sure, happier but less self-satisfied, humbler in acknowledging his ignorance yet better equipped to understand the relationship of words to things, of systematic reasoning to the unfathomable mystery which he tries, forever vainly, to comprehend.

1. Dissolve your ego and increase creativity

Psychedelics in general and psilocybin specifically can enable states where our conscious experience of the world is freed from its association with our specific ego which may be revealed to be an illusory construct. A 2017 study, temporary ego loss could be beneficial in the right context. These expansive, sometimes life-changing experiences help us to feel profoundly connected and alive. They also boost creativity.

I’ve never been a religious person. I’ve been a spiritual person since I was about 15, 16, when I was first introduced to Psilocybin [mushrooms]. That really opened me up to thinking about the universe in a different way, and coming to significant realizations about my connection to something greater than me.

One thought on “The top 4 health benefits of magic mushrooms”